With a little over a week to go before ‘Underneath the Stars’ devotees descend on Cinderhill Farm, Cawthorne in South Yorkshire – for 3 days of unbridled music and arts ecstasy, I’ve been incredibly lucky to chat with one of Yorkshire’s greatest women – Kate Rusby, about all things ‘festival’.

Now a main-stay of the summer festival scene – and with the 2019 event sold-out, I wanted to find out what it was that led Kate and her family (because this is definitely a family effort), to think the time was right for the inaugural ‘Underneath the Stars’ back in 2014?

“It’s always been a dream of ours, we’ve been keeping a little imaginary notepad of all the things we would do when we have our own festival when we are “grown-ups”! We had previously put on big concerts up at the farm, to raise money for local causes like a new cricket pavilion etc. They were always so well supported that the next step really was to make that into a festival. So, our little brother Joe decided “right that’s it, we’re doing it!”

“I’ve been touring for 27 years now, which means we’ve met so many great singers and musicians all over the world, so now we have little links all over and it’s so lovely to invite bands to our own wee bit of paradise for the festival.”

“It’s also really important to us to pass the music and stories on to kids, so we make sure there is plenty to do for them. And, of course quality food and drink too, always important! But it is a mammoth thing to organise and takes the whole year, and hundreds of amazing volunteers on the weekend.” 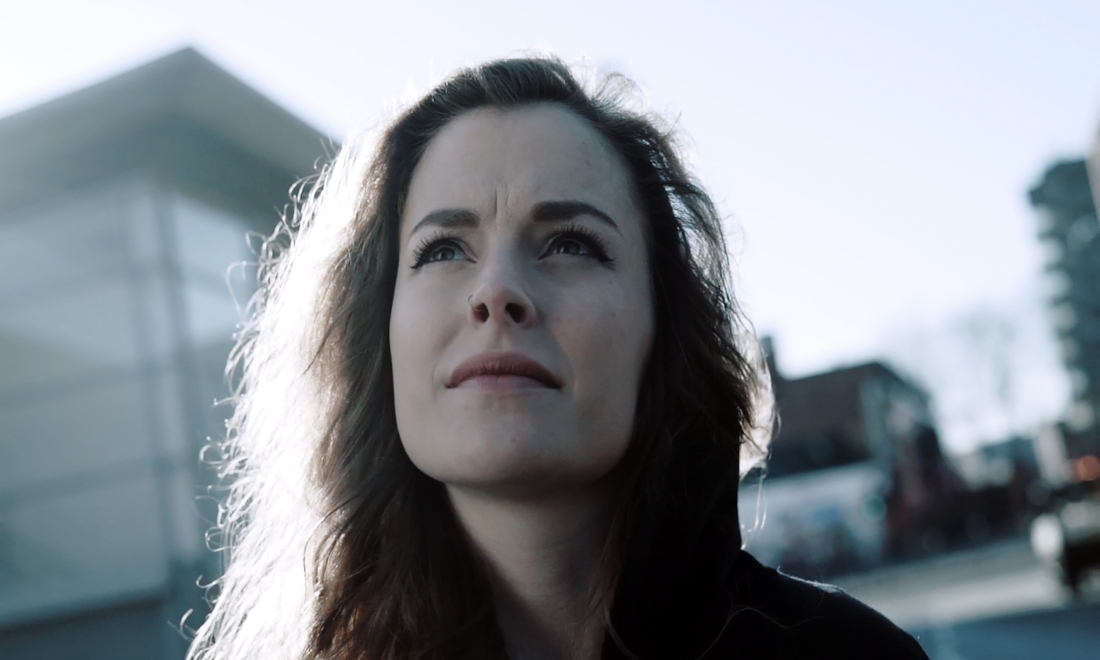 Perhaps even 10 years ago, the prospect of going along to a folk festival might be seen as a ‘specialist’ expedition and if you couldn’t tell your Nyckelharpa from your Northumbrian Pipes, you might be intimidated into staying away, but the appeal of folk music has broadened massively lately. Worrying about getting a ‘Thick Ear’ I asked Kate why that is? Could it be something to do with the times we’re living through? Does she agree that she’s been one of the artists at the vanguard of bringing folk to new audiences?

“Over the last 27 years folk music has become more and more popular, it’s brilliant!! The scene is so vibrant. I am only a small part of the folk scene, it takes so many different styles and ages to make up the scene. The music is being passed around, shared, and experimented with so that each makes it their own. There are so many young people playing and singing, and most importantly, really enjoying folk music; you only have to go to one of the many folk festivals out there to see for yourself how healthy the scene actually is. Perhaps with wider press coverage I have had over the years it’s helped spread the word about how amazing folk music is, I hope I’ve nudged some people at least into diving into the scene, even just one I’d be very happy!”

Kate’s dad has a festival ‘pedigree’ and he’s obviously been crucial to the ‘Rusby’ success story. Was he able to dispel myths/highlights and pitfalls around staging a high-profile outdoor event I wonder?

“Dad certainly keeps us all grounded – he’s every inch a Yorkshire man! He’s definitely a trailblazer, we set up our own record company all those years ago (partly due to trusting no-one with our money and career!) which he is still at the helm of, I own all my own music that’s down to him. We’ve also been promoting our own gigs in venues up and down the country for years, as venues back then wouldn’t take the risk on putting on folk music so we would say, “right can we book your venue then and we’ll take the risk!” On top of that, as I said earlier, we’ve promoted large concerts before in the village, so when brother Joe had the idea to develop it into a weekend festival and we went for it and haven’t looked back since.”

All festivals mean a lot to those involved, but UTS seems to have a real heart that beats in South Yorkshire – and in particular Cawthorne and Barnsley. Even this year – the biggest and best yet – it’s not a happy accident that while more and more people make their way to Yorkshire from across the globe, the ‘roots’ of what the team behind ‘Underneath the Stars’ have achieved, burrow deeper and deeper into the Barnsley earth.

Is it simply because everyone in the area – and actually in Yorkshire – is just really proud that Ms Rusby is ‘one of us’?

“Aw we just absolutely love this little bit of the world, and of course the festival, and I think that beams out into every corner of the field! I think also we’ve encouraged people to feel like the festival is theirs, they have come and supported it and through their word of mouth they’ve helped to grow it into the beautiful event that it is now, they’ve been creating their own memories each year and we encourage them to share their stories, it very much is a feeling of “we’re all in this together” which is a very special thing. Also, the support we’ve had over the 6 years from the volunteers, locals and the council has been unbelievable, people have embraced it and they’re rightly proud of their input. People travel from all over the world to come to it now, and this year is set to be the biggest yet! This area is just so beautiful and vibrant with such gorgeous souls, I love that people are coming to see our amazing little bit of paradise.”

The Yorkshire ‘thing’ comes through again and again in Rusby’s work – and whenever she speaks about her influences and inspirations, (unlike Geoff Boycott), she manages to make anyone who isn’t from here, take steps to find out how they can apply for citizenship. Why does this part of the world still mean so much to this global superstar?

“Ha ha!! It’s where home is first and foremost, I live in a small village where Rusbys have dwelt for centuries, so as you can imagine there are a lot of my family who live in the same village too. Apparently, Yorkshire has the highest percentage in the country of people born in the county who stay in the county, some big-wigs think it’s because we are narrow minded and un-travelled but that’s not true, it’s because it is so very beautiful, and full of the kindest, most hilarious good hearted folk. I have toured all over the world and seen some incredible places but none are as stunning as the place I call home. We are just on the edge of the Pennines here so we have the luxury of open countryside and moorland to one side and Yorkshire’s best towns on the other.”

So, the festival just gets stronger and stronger. The line-up this year is phenomenal. I put it to Kate that UTS must now be one of the most important festivals on the circuit. Trying to limit the outpouring of my own excitement – I reference The Proclaimers headlining on Friday night. What is that going to be like?!

“I KNOW, IT’S AMAZING!!!!! I’ll tell you what it’s going to be like, it’s going to be blooming gorgeous!! I’ve met the Proclaimers a couple of times over the years and they, like us, are down to earth, they’ll fit right in. And of course, they put on such a brilliant show that makes you smile from ear to ear! We also have Billy Bragg (whooo-hooo), who I’ve known for years. I supported Billy on a tour over 20 years ago, very kind of him and I learnt so much. Now we can host a gig for him. Oh, there’s so many to mention. I need to get a wall chart sorted so I don’t miss anyone!!” 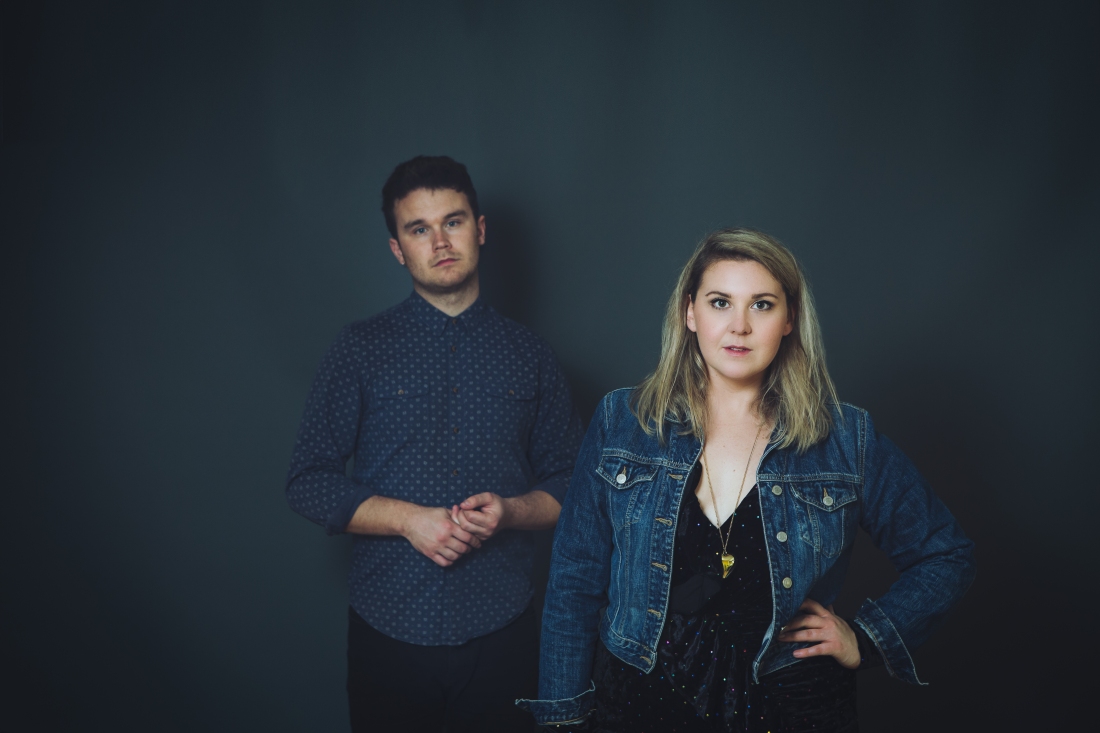 One of the many highlights of the weekend will be Ruth Notman and Sam Kelly. The work Damien (O’Kane) did with them on Changeable Heart is inspired. The pair have recently signed to Pure Records (the Rusby label). I wonder if that was a big deal for the label – and the Rusby team?

Kate’s unequivocal: “Oh my word yes!! I have been a fan of both Ruth and Sam for years, even before they got together to form the duo. They are such beautiful, honest, heart wrenching singers, they both have a genuine special gift, so when I heard they were going to sing together and were looking for a record company, we were there, pick me pick me!! We at Pure are all so very proud to be part of such a gorgeous album, and Damien’s production on it is divine. It’s one of my favourite albums.”

Kate’s sister Emma is very much leading on the festival now – but does that give our Sunday-night headliner more time to ‘enjoy’ the atmosphere – or is she every bit as involved as she’s always been?

“Em is just the most amazing organizer, I’m always so proud of what she achieves. She rightly says the festival is a real team effort! It takes all of our family, friends, acquaintances – so many people, both before and after the festival. We have a totally fabulous build crew and of course all the lovely volunteers I’ve mentioned. It really is quite humbling! I’m always doing lots of bits and bobs on the weekend so it does fly by but I make sure I do get time to enjoy the festival. Damien’s family tend to come over from Ireland for it too so we always have a house full – everyone just mucks in and gets involved, it’s a very exciting time.”

So, when the telehandlers have left the site and the team have scrolled through all the amazing photographs, with a mug of (Yorkshire) tea, what’s next on the Rusby agenda?

“We’ve actually just put the finishing touches to a new Christmas album to come out this December!! We released a new album back in May, which we’re very proud of, called Philosophers, Poets And Kings so we’ve been out touring and promoting that album. It’s been a pretty full on year so far!! On top of that We’ve had lots of great festivals in the U.K. and Canada through summer, then autumn tour and before we know it it’ll be time for our lovely Christmas tour with our brass lads, which we all adore!! I can’t wait to take all the new songs out. Love it. Then come January, a little sit down and a cup of tea!!!”

Underneath the Stars Festival runs from 2nd– 4th August.

For full line-up and info: https://underthestarsfest.co.uk